Sharon Aviv (b. 1971) is an Israeli storyteller and a theater creator,
a graduate of the Visual Theater College in Jerusalem and a winner
of the Israeli Artists Committee Creators Award. 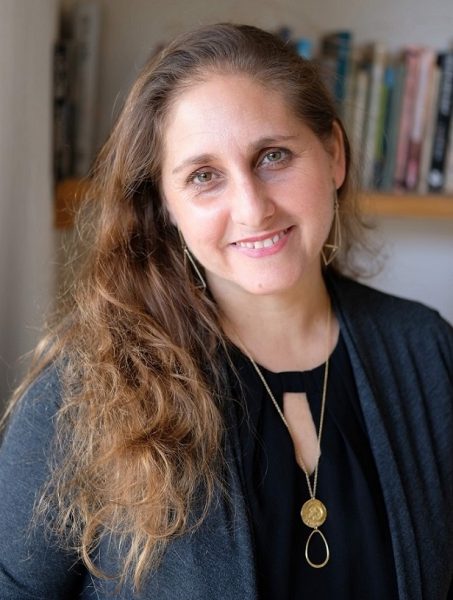 At 1998 she founded Gollem – The Multidisciplinary Place for Storytelling
in Israel, and is managing it ever since; Gollem is a center combining a
storytelling school and a stage for storytelling performances,
educational activities and special projects.  Sharon performs,
lectures and is leading workshops for individuals, .groups, organizations
and academic institutions throughout Israel

Sharon combines her stories with classical, jazz, ethnic and folk musicians and performs both in the Middle East and in Europe.

As a student at the Chrysalis Theater Drama School of the Globe Shakespearian Theater in London, she specialized in speech, physical theater, acting and directing.
She performed as a professional storyteller in many festivals in England, Scotland and Ireland.
Sharon's school of storytelling offers a multidisciplinary program of courses, workshops and special projects for teachers, therapists, group-leaders and managers. The school hosts 80-100 students each year, and operates in three different cities in Israel.

Sharon also initiates and directs The Wandering Story, a site-oriented show which tells the stories of historical venues throughout Israel together with a group of storytellers and actors, dressed in periodical costumes and accompanied by live music.

Sharon created storytelling performances for adults and children, among them:

Talking to the Wall:
Songs and Stories from Ireland to the Middle East and Beyond "Talking to the Wall" brings together the talents of Israeli storyteller Sharon Aviv and Irish songwriter Colum Sands in a performance that has brought hope and inspiration to audiences from Belfast to Jerusalem.
Through the art of song and storytelling, Sands and Aviv weave ancient wisdom with humor and humanity to provide new and refreshing perspectives on that which divides people and, more importantly, on that which can bring them together.

Quotes:
"It is educational and provocative and spiritual and sometimes just downright funny."
Sue Tourkin-Komet Jerusalem

Walls only lose their power when we transcend their physical boundaries…
Colum and Sharon use the wall as a prop to lean on, to talk across. Here is the meeting place of wide horizons, the transcendent intelligence of the heart."
Lesley-Ann Wilson Belfast

Shoe Stories:
The shoe polish box is the center of this magical fascinating journey, in which a "shoe-obsessed" woman meats witty shoemakers, and innocent maidens are swept away in wild passion to the nearest shop window.
The show combines folktales, personal anecdotes, funny stories and songs about shoes – those simple items at the bottom of our bodies, which guide us every step of the way.
The show is running since 2002 and has performed in festivals and artistic venues throughout Israel.